So I realize it’s over two months now since I left England, packed all my paints, charcoal, inks, pens, papers and a few clothes, and came to Barcelona. 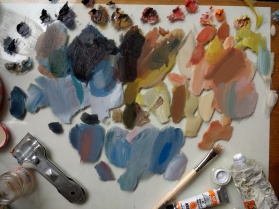 My three month trip has morphed into a six month one and I am completely at home for the moment. Home is in two parts, a room with light, a view over the city, an easel, and white walls becoming a patchwork of line and colour, and a communal studio where I spend my evenings painting from life alongside the Catalan retirees of Barcelona. This is also, pretty much, my social life.

Trying to find my way back into oil painting and really understand it, i’ve been taking a lot of process shots which has resulted in these little animations which I love. Sometimes my favorite part is an in-between, unfinished stage – reminding me that sometimes you have to  just stop! This one was done on a portrait i had scrapped and sanded down.

Not only painting, I’ve had some great models, known and strangers and been drawing –

Some of these drawings are already up on Etsy and the shop is looking more spry than ever, and, much more representative of my current work. No painting up there yet but i’ll bargain on it soon!

Drawing from movement and dance has been the best thing…. finding  where observation, memory and imagination meet, giving each its space and letting them play together… 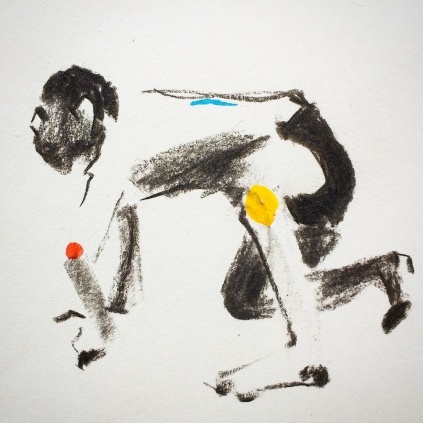 I’ll be playing solo as part of a showcase on April 1st at The Boarderline for Before The Gold Rush….

In my absence the EP I recorded last autumn with Maya McCourt as Various Guises has had some airtime on BBC – Radio 6 – (listen here). And, the stunning film, Purple Heather by Alfie Dale, for which we wrote some music has been finished! see the trailer here: 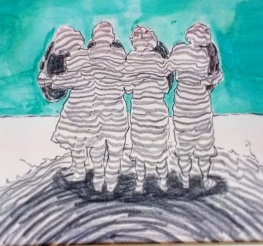